Be inspired to believe, achieve and succeed together

Watch the short film below, Something Fishy. 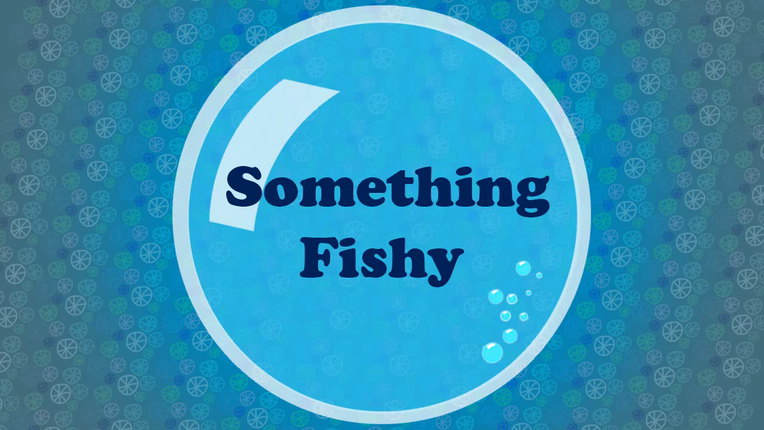 After you have watched 'Something Fishy', write a list of questions that you may have about the film and the characters in the film.

For example, who is the girl?

You should be able to come up with around 10 questions.  Some of your questions you may not be able to find out the answer to from watching the film, you may have to think of your own answers!

Using a template like the one below (you can copy it in to your books), complete expanded noun phrases about the different objects or creatures that appear in Something Fishy.  Remember that expanded noun phrases are sentences that contain at least 2 adjectives to describe a noun.  When you have described the objects and creatures then think of verbs that tell us about the actions of them.  Verbs are 'doing' words.  Look at the example given below to start you off.  Don't worry if you can't fill all of the boxes.  Try to do at least 4 examples.

Today we are going to write about the setting of the film.  The setting is where the story takes place, in this case inside a washing machine in an under the sea world.  Watch the film again to make sure you have a good understanding of what the setting looks like.

Use the expanded nouns phrases and verbs that you wrote yesterday and put them into a more detailed piece of writing describing the setting.  You can be as creative imaginative as you wish and challenge your self to use some really engaging language to excite the reader.  You are going to write it as if it is a place that you have visited.

The underwater world was amazing.  In the distance, tall, towering seaweed stood as still as soldiers.  The sock fish swam through the crystal, clear water.

In the above 3 sentences there is a simile, 2 expanded noun phrases and 2 verbs. All the things we have been practising.  You can use some of these ideas to help you out and then think of some of your own too.

We love to see your writing so keep sending it to us!

The opening - this is the start of the story.  Where does it happen?  Who is there?  What is the first thing she does?

The build up - this is the part of the story that begins to explain what is happening.  Where does she find herself?  What can she see?

The dilemma - this is a problem that occurs in the story.  What happens?

The resolution - this is where the problem begins to be solved.  What does she do?  Where does she go?

Re-watch the film and pause it at each point on the story mountain to help you to complete the writing.  You don't need to print the story mountain, it is just an example for you follow.  You might want to use a big sheet of paper to draw out your mountain and add your text to it.  You can illustrate your story mountain with images from the film.

Send us some pictures of your story mountains.

Unfortunately not the ones with chocolate chips.

Some cookies are necessary in order to make this website function correctly. These are set by default and whilst you can block or delete them by changing your browser settings, some functionality such as being able to log in to the website will not work if you do this. The necessary cookies set on this website are as follows:

Cookies that are not necessary to make the website work, but which enable additional functionality, can also be set. By default these cookies are disabled, but you can choose to enable them below: